This artifact is a work of speculative fiction, design, and curation, taking the audience into an alternate timeline in which the discovery of the climate-changing effects of carbon dioxide by Guy Stewart Callendar were understood and taken seriously, particularly by America. Instead of decades of denial and delay, driven by business interests and the psychological difficulty of making costly investments to prevent a far off and difficult to conceive of calamity, America framed the climate disaster as already present, requiring urgent remedy. The nation sprung into action in a style reminiscent of our idealized memories of mass mobilization during the world wars, instituting a green draft, national service, and aggressive curtailing of polluting industry. 100 years later (an alternate 2060) the imaginary Guy Steward Callendar Memorial Museum of the Climate hosts a small exhibition of the vibrant propaganda that drove citizen engagement in this mobilization.

Five posters explore varied elements of this mobilization. Citizens are encouraged to enlist in national environmental service, to labor to build carbon fixing soil, to leave oil in the ground, to report smoke and emissions to authorities, and to organize their neighborhoods. These collective and productive actions are meant to contrast with the many ways we are told to respond to climate change by altering our individual consumption (changing our light bulbs, eating less meat, driving less). Note also that they posters do not frame their demands as acts of prevention, but rather containment, cleanup, protection and prohibition.

In its self-skepticism and political disengagement, science has allowed climate change to be defined by a vocabulary that enables inaction. This artifact shows us an alternate approach, and asks us whether the window for such a mobilization has passed or may still be possible, through a Green New Deal or other dynamic acts of big government. 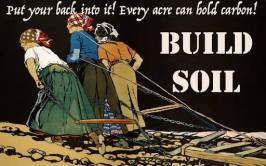 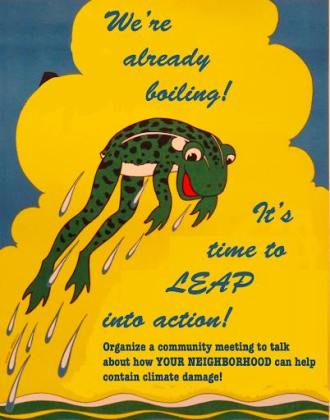